Posted on February 3, 2018 by Алексей Михайлов

There is the post of my friend from the U.K. His name is Nick. We met in Kyoto in 2015, when I visited in the Mugenjuku Dojo. He was an Aikido instructor of the Dojo. His is the Great person. Martial arts is his life.

I decided put this post  there because this is important part of  Budo. This is part of developing personality.

Souji simply means cleaning. In japan for example at the end of December before new year they do what is called ‘O souji’ which basically translates as BIG CLEAN. The idea being that they clean away the year that is finishing to enter the new year clean and fresh. This being similar to our spring cleaning. In general though cleaning in Japan is considered very important and is something that is done regularly, in particular ways and done with pride.

Most dojos the souji is very simple as the buildings are rented halls or sports halls so people simply sweep the floor. Some luckier clubs have their own building which means there are a lot more cleaning jobs to be done. Sadly though I feel that the importance of souji is being forgotten and that it is not being done enough or to a standard that I feel is adequate to a dojo.

Fujii Sensei, a brilliant Kendo sensei, passed away this year and at the weekend we had his memorial practice. After we had finished our drinks I began to clear away the glasses and crisp packets. Then my friend piped up and said…”ahh yes Fujii sensei used to collect all the glasses”. Fujii sensei in the short time I trained with him taught me many things about kendo but the lessons that really stuck were on the way we should live, behave and act. He told me that we must treat where ever we are as if we were in the dojo. This is why he would always clear the tables. A dojo should always be kept clean.

The dojo is where we train, its the home of what we do and there for should be treated with respect and kept clean not just for our benefit but for the benefit of everyone who trains there.

Souji also has its links to buddhism, the monks of the monasteries have to undertake vigorous cleaning duties everyday and even have specific ways to clean themselves. This routine of cleaning teaches us many things for example…

So who should do it?

The dojo should be kept clean by everyone. There are unwritten rules for example if you see your senior doing something, for example sweeping the floor, then you should race to take the brush from him. In an ideal world he shouldn’t have the chance to beat you to the cleaning. I feel though that the cleaning should be done by all and not just left to the person doing it which is something I see very often. Someone starts and then the others ignore them and get changed or chat or the senior has the broom taken for example but then he or she doesn’t do something else but instead uses this as an excuse to not take part. This I feel is not correct form or a good example to others.

A good example is Eiga sensei who when he hit a hard time in his life and training went right back to basics and would spend half an hour just cleaning the floor. He is a good example of what souji is really about. Yes the basic and most obvious reason is to keep the dojo clean but actually its the effects it has on you that is the real benefit.

I currently work as a cleaner and today had to clean some changing rooms used regularly by football teams. They were a desgrace. Toilets blocked, covered in the very stuff that should be down the toilet. Sinks filled with crisp packets and old rotten food. Wet tissues splattered up the walls showers covered in mud and the floors littered with rubbish. Old wet boxer shorts and towls left in the showers. The smell…I just couldn’t understand how anyone would want to change in them. This I feel is the difference between sports and martial arts. There are many lessons taught in doing martial arts that are not I feel taught is sports and because of this the people learning these sports are missing out on important life skills.

If you are a sports coach and reading this I urge you to use some of the lessons from martial arts and try applying them to your clubs. I would like to point out that I am sure some clubs already do.
Some ideas would be that after getting changed everyone helps out to clean the changing rooms and training areas and to make sure that it is clean and respectable before leaving. That they wash their kits and look smart at practice.

Don’t do things so so. Make sure that when you do clean that you do it well. Treat it like your training. If you practice your technique at only 50% then it will take you twice as long to get you to a top level. If you train at 100% you will reach higher levels quicker.

So next time you are at the dojo I urge you, for your benefit, but also to keep this important part of our budo training alive too, if your are not doing so already, clean the dojo before and after keiko. If you are already doing it, think…have you had any benefit? When you finish it does it seem adequate? Is there something you could do better? can you do anything else?

Things that I was always told were…

– Souji should be done in your dogi.

– It should be done quickly but adequately.

this is link on Nick’s website “Journey of Footsteps”

As of December 31st, 2017, Susumu Chino Sensei, Dojocho of Honbu Dojo and acting Kancho of Yoshinkan, resigned due to personal reasons.

Masahiko Noriki Sensei has been appointed Dojocho. He will continue to serve as the International Manager.

Posted on December 31, 2017 by Алексей Михайлов

Posted on December 30, 2017 by Алексей Михайлов

Posted on December 25, 2017 by Алексей Михайлов 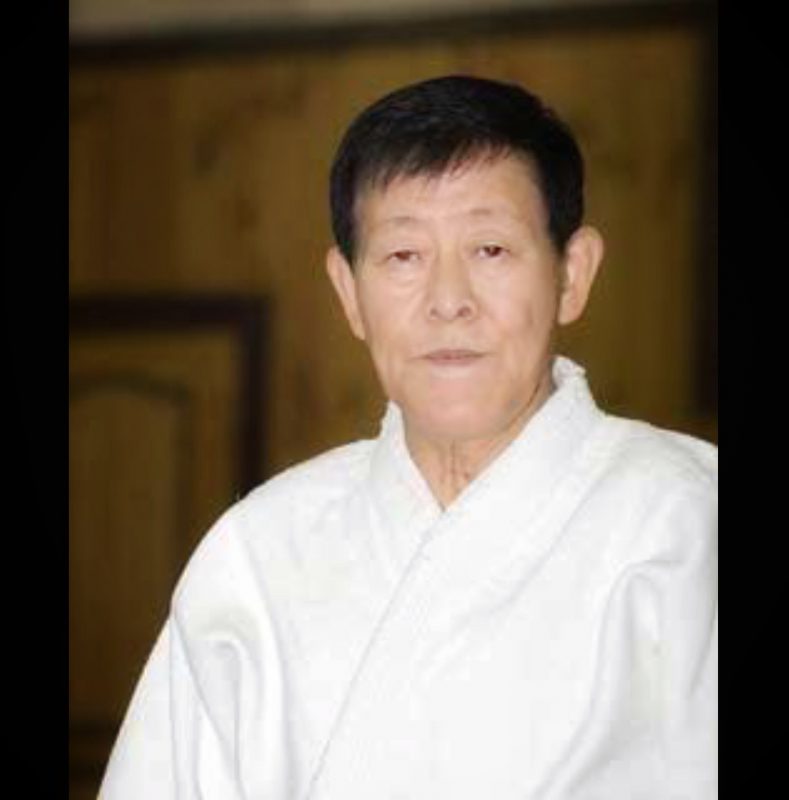 Dear senseis, brothers and sisters and all friends, As you’ve heared, One of the greatest man in Aikido hitory had passed away. It happened yesterday around 12pm at the hotel in Osaka city where he finished his last teaching and greading of the year. After year end party, he went to his usually hotel and was resting at his favorite hotspring. He died there as he was going to sleep. His last words” Sensei, when would feel happiness the most? asked his loving wife Aiko Inoue sensei. He replied. ” When I am doing (teaching)Aikido.” He died happly doing what he loves. Now he is with Kancho Gozo Shioda whom he loved so much. He lives inside ourselves forever. Thank you very much Kancho sensei. We will continue your work . We were very happy to be able to learn Aikido from a man like you. Inoue sensei forever! Thank you everyone for all your warm message. I met sensei 1 hour ago and gave my farewell, he looked very peaceful and happy. His funeral will held this coming Thursday at Higashimurayama nearby his house hosted by Aiko Inoue sensei. SIncerely yours, Saburo Takashima